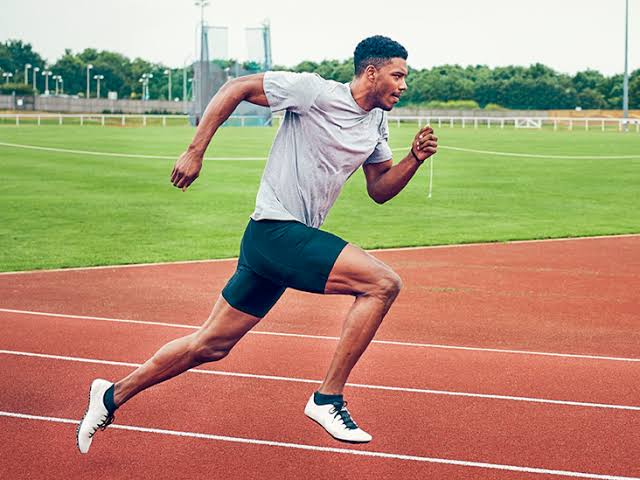 Some time ago, I went for an interview for an editorial role. There were only three of us to be interviewed – two guys and a lady.

The time came for the first (written) test for which we had 1hr 20 minutes to complete.

While I was still reading the instructions and going through the questions, the blessed lady was already answering away. You’ll be surprised at the speed with which she was going.

“I’m through”, she said at some point.

What?! I checked the time and it was just barely 30 minutes into the test.

“How can you be through”? I screamed at her (in my mind, of course).

Even the interviewer seemed bemused.

“Are you sure you are through”? She asked her. The lady replied in the affirmative.

Meanwhile, at that point, I was just 60% into my answers.

However, something in me said “You were allotted 80 minutes for this test. It’s not even half the time yet. Take your time!”

So I calmed myself, ignored the lady (who was now busy with her phone), and continued with my test.

I took my time, yet finished ahead of the set time.

Then came the time for the second test (a personality test). This one was quite complex and the interviewer took her time to explain the instructions.

The lady kept nodding to her explanations, urging her to move to the next phase.

She gave us the test papers and before you could say ‘Jack’, the blessed lady was already ticking away. Yet again, she finished way ahead of the rest of us.

It turned out that she was answering the questions amiss all along. The interviewer was kind enough to go through the explanation again and then gave her a new test paper so she could start all over.

Interestingly, she made some mistakes in the repeated test.

I have yet to understand the reason behind her self-induced haste. She was always in a rush to finish, only to return to pressing her phone.

Was she that smart? But just too smart to be a little patient to review her work?

Was she trying to impress the interviewer, show off her intellectual prowess?

Did she have other important things to address on her phone or she just couldn’t wait to get back to her chit-chats?…

Whatever the reason is, one thing was certain: She was not going to be spared for any (silly/obvious) mistakes she makes in the tests, especially the ones directly connected to the core editorial functions.

Why? She had all the time to patiently answer the questions but chose to go fast and furious.

Yes, speed and accuracy should be a plus for an editor. However, being ridiculously fast to execute works can be tantamount to making costly mistakes – a bad fit for an editor.

By the way, I could have been carried away by her speed, gotten myself drawn into a rat race, end up doing a mediocre job and make a fool of myself.

Don’t run in another man’s race.

Just because some are running doesn’t mean they are running aright or even have a destination in mind. Some run at lightning speed just to crash eventually.

Be circumspect. Run your race with wisdom. Don’t be carried away by the speed with which others are going.
What works for A doesn’t always work for B.

Of course, don’t be tardy or overly laid-back. Do what you ought to do as and when due, and with the vigour/diligence it deserves. Life is all about balance.

I know it’s been a long time since you heard from me and I owe you an unreserved apology for the protracted absence. One thing kept leading to another and the gap kept getting wider. I hope it’s not too late to catch up with you on all things lovely. Hopefully, I can pick things up from where I stopped and make it up to you in good time.

It’s always love and hope from me to you. Feel free to reach out to me on ayansolaibukun18@gmail.com