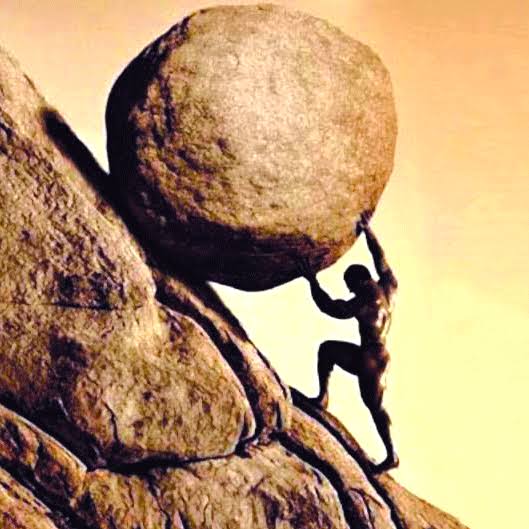 Nothing sounds more absolute and emphatic than this statement. It’s so intoxicating! Makes me feel I can get to the tip of Mount Everest in 30 seconds.

The writer categorically says “I can do all things”; the operative word being ALL. Meanwhile, the last time I checked my dictionary, the word all suggests entireness, non-exclusivity, leaving no room for exceptions, everything and anything… So literally, to say ‘I can do all things’ suggests that there is nothing I can’t do, especially when Christ is in the mix.

To be candid, this particular scripture is not only one of the most invoked in Christendom today but also one whose application has been most abused. It’s a common faith confession for/in all manner of circumstances. Indeed, it wouldn’t be surprising when you see many believing folk use the golden scripture as pretext for laziness, inactivity and gross irresponsibility.

Here is the question: Is the scripture meant to be understood at surface level (and used randomly as a confession of faith) or does it merely serve an explanatory purpose? Okay, let’s make the question simpler and relatable: Can you really do all things, even through Christ? For instance… 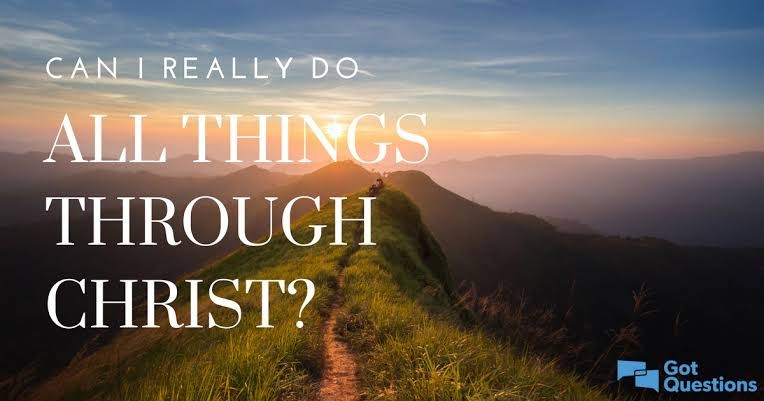 💪 Can you jump off a cliff rest assured you’ll come to no harm? Did you just say that would be foolhardiness? I thought so too. Whoever tries that (even as a believer) will end up forcing himself into glory rather than being called into it. Even our Lord Jesus (during his temptation) knew better than to jump off the temple’s pinnacle.

💪Can you, as a student, do everything except studying and expect to come out in flying colours? I think not. You may have to make do with bleak colours though. Last I checked, it takes a man who is diligent in his business to stand before kings.

💪Finally, how about sit at home all day everyday not doing much except praying and expecting to be fed by ravens? That will be funny/wistful thinking right? After all, he that won’t work should not eat.

💪Oh! Forgive me but one more try… Can you break into the best mansion on your block and announce that you’ve taken it for yourself? You’ll sooner get locked up for breaking and entering. But on the upside, you can begin a prison ministry as you cool your heels.

Oops! Looks like there is a limit to the things we can do after all, even when Christ strengthens us in the inner man. But then, the scripture in question tells us we can do all things through Christ. Going by the various case studies earlier described, wouldn’t this scripture appear contradictory?

What on God’s green earth does this statement mean?

Is there an iota of deceit in the scripture? God forbid! It was inspired of the Holy Spirit (by God) and God be true and all men liars. Was Paul being frugal with the truth? Absolutely not. He was a man who handled doctrine with all diligence and honesty.

What seems to be an exaggeration in the meaning of the scripture is not the doing of the writer. Rather, it’s in the lack of understanding of the writer’s flow of thought and intent. Many have misconstrued this passage and ended up in error because they failed to take cognizance of a basic rule of bible interpretation – the rule of context. 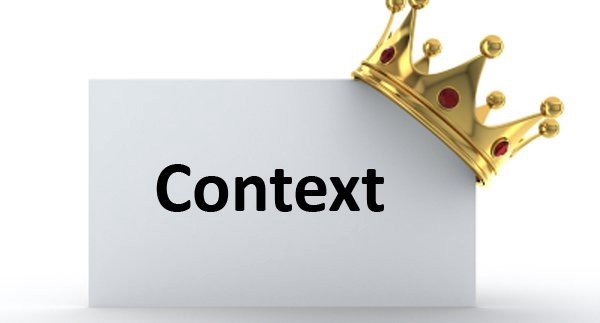 This rule states that the meaning of a text/passage must be understood in the light of the texts that precedes and come after it. In other words, you can’t make sense of a text in isolation. Its meaning hinges on your due consideration/understanding of the context.

Let’s read the passage in context

Php 4:10 The Lord has filled me with joy because you again showed interest in me. You were interested but did not have an opportunity to show it.
Php 4:11 I’m not saying this because I’m in any need. I’ve learned to be content in whatever situation I’m in.
Php 4:12 I know how to live in poverty or prosperity. No matter what the situation, I’ve learned the secret of how to live when I’m full or when I’m hungry, when I have too much or when I have too little.
Php 4:13 I can do all things through Christ which strengtheneth me.

Now, let’s back-up a little to verse 10 of that chapter. Paul commends the renewed generosity of the Philippian saints toward him. At some point, they couldn’t communicate their material resources to him because they were in lack. Lest they think he felt neglected during the period they couldn’t minister to his needs, he assures them (in verse 11) that he didn’t feel deserted at all. And why is that? He (Paul) has learnt to be content with whatever he has (whether little or much) and further expounds on what he means in verse 12. He then ends by saying “I can do all things through Christ which strengthens me”.

Paul uses ‘all things’ in respect of verses 11-12. The things Paul could do (Christ strengthening him) is what he highlights in verse 11-12, i.e. his ability to know how to be gratified in whatever financial situation he finds himself. Hence, in saying he can do ‘all things’, Paul wasn’t speaking abstractly but in specific terms.

Actually, the proper rendition of that text says “I can do all (these) things”. All (these) things will be within the context of verses 11-12. Paul is saying “my ability to do the things I just spoke of is hinged on the strength that Christ supplies”.

In reality, Paul wasn’t making a faith declaration here. Rather, he was doing an exegesis; expounding on what he was saying in the previous verses.

The Good News Bible properly translates the scripture in view of the context: I have the strength to face all conditions by the power that Christ gives me.

It’s only in the light of this 👆rendition that we can make a faith confession out of this scripture.

Next time you come across a scripture with such a phrase as ‘all things’ or ‘do/know all things’, be patient to read in context to determine what the ‘all’ specifically refers to. 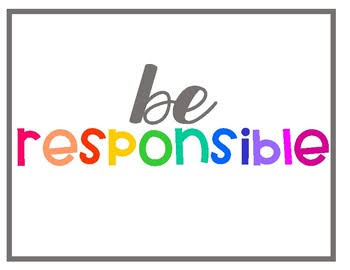 The price of greatness is responsibility – Winston Churchill

EVER SEEN A FELLOW SO IRRESPONSIBILE?

Have you ever come across a man who, in trying to make sense of life, does everything except consciously taking practical steps to achieving his goals? I mean one who refuses to use the abilities God has endowed him with in tackling life issues yet expect the same God to do it all? He can fast, pray, make faith confessions about success in exams without taking time to study. He can waste away on the mountain top praying for prosperity without being gainfully employed. Well, he is the very definition of irresponsible.

We live in a world where men outsource critical thoughts to religion; a society where many hide their ineptitude under the guise of spirituality. In such a world, seeking escape in religion tends to be an easy way to escape accountability. Even issues that require a commonsensical approach are taken to the Lord in prayer.

Here is a piece of good news for the indolent: The Lord doesn’t take pleasure in laziness (in all ramifications), neither does he reward slothfulness.

Religion gives the religious a false sense of hope and paints in his mind a picture of El Dorado. It tells him to relinquish his thinking faculties to the sovereignty of a supreme being who can do it all while he goes to sleep. It makes him dwell in a pitiful state of delusion where he believes he can have his cake and eat it. Aldous Huxley isn’t far from the truth when he said religion is the price folks pay for being intelligent but not as yet intelligent enough.

I dare say that a true believer is not religious; instead, he is one whose relationship with God prompts him to take steps/actions of faith. He is not one who lets go of his mental faculties in dealing with life/natural situations. For instance, while he trusts God for prosperity, he knows He (God) won’t rain them down from heaven like ripe cherries off a tree. Hence, he plays his part in the process.

NO FREE MEAL IN CANAAN! 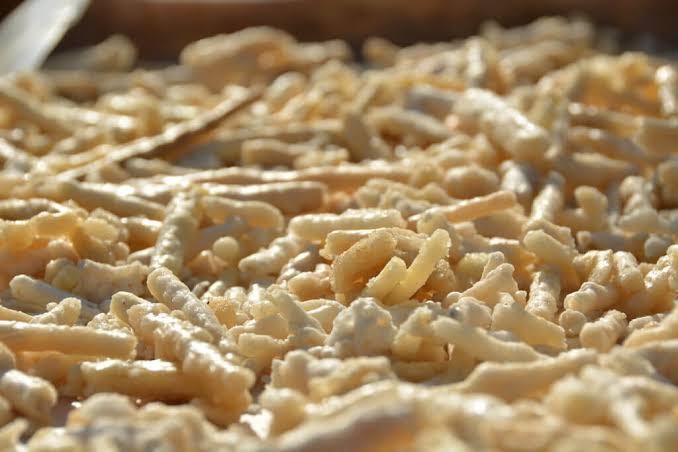 Ever wondered why manna ceased to fall for the Israelites once they set foot on Canaan? Did you think God no longer had the ability to provide it at that point? Manna stopped because there was no longer need for it. God only rained it down because they couldn’t grow crops for food in the desert. Free meal was over the minute they stepped into an environment where they could plant crops and get their own meal. God won’t encourage unproductivity.

I believe in miracles; they happen every day. However, to think that it’s something one can conjure at any time when one needs to cut corners is the height of self-deceit. Miracles won’t be miracles if they get to happen randomly, at one’s whim. Essentially, miracles are interventions (emphasis on intervention) of the supernatural in the affairs of humans when natural efforts fail. 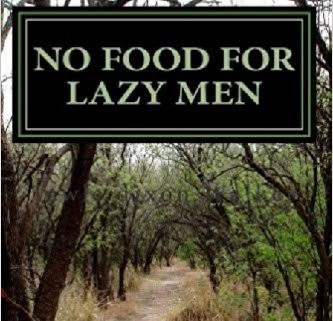 It’s gross irresponsibility for a man to dwell in a state of unreason and believe he can pray away everything. After all, he can do all things through Christ. When such a man has an interview, he doesn’t bother to acquaint himself with the modus operandi of the company – God is able. When he has a professional exam to prepare, he’ll rather spend all his time praying and studying the bible – I know all things. He detects strange and persisting symptoms in his body but refuses to go for check-up to know how to address it– He is Jehovah Rapha…

THE PARABLE OF TWO FARMERS

Consider the story of two farmers who went to sew crops on their individual farms. While one kept going back to water it, weed it and fight pests, the other sat contentedly at home trusting God for a good harvest. We both know who is deserving of that harvest. You see, prayer is an effective weapon in the spiritual arsenal of the believer. With it, he can turn things around and make things happen. When the believer prays the prayer of faith, God hears him. However, there are things mere praying won’t do. Some things also simply require that a man think, plan, and be proactive.

Great nations of the world didn’t turn out so simply because they had a large population of spiritual men. These nations grew because well-meaning citizens engaged/challenged their minds and took practical steps. The same applies for successful people. Many who like to pray away everything without taking actions do so because thinking gives them pain. So they’ll rather abdicate their responsibilities and leave everything at the doorstep of faith.

If you fail to do what is within your capacity in order get desired results, you won’t have God to blame for your misery. While you rely on God to perfect all that concerns you, ensure you do what you have to do in the natural.

Engage your brain, plan, be proactive, work and pray. Remember, God is going to send the rain but you’ve got to prepare your field to receive it.