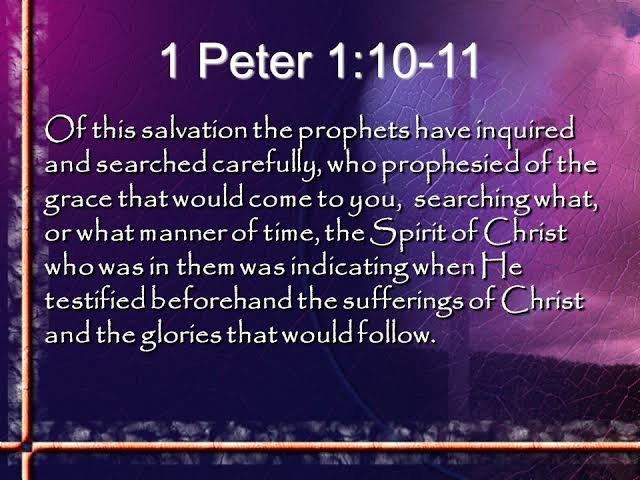 God, being before the beginning
Created the universe in the beginning.
Heaven and earth he fashioned,
The earth he garnished with goodness:
Even the essence of flora and fauna to complement.

But the lights, firmament, waters, grass, animals…
Couldn’t be the height of his workmanship.
Yes, beautiful and splendid they were
Lo! They were merely a means to an end.
Deity’s plan for the earth being far greater.
In his intent was mankind; one with his divine essence;
To conform to his image, even in his likeness –
Even one to share of his eternal nature.

So He created man, male and female created he them.
A being of freewill, in dominion, occupying a spiritual estate.
For them he made the world’s riches: six days work of creation.
Now, having installed them as his representative,
He gave to them an instruction which, if obeyed,
Keeps them in their spiritual estate forever; never dying, never lost.

(Did you think it was about a (literal) tree or fruit?
No! Those were natural mediums of relaying a spiritual reality).
Herein lies the sum of the whole matter:
Believe on God’s message and you have live eternal;
Display unbelief towards it (disobey) and lose out.
This instruction man took to heart at the outset.

Then came that old serpent into the seen;
The liar, the distortionist, even the devil.
Funny to think an actual serpent tricked God’s chief creation.
He was never in accord with God’s plan for humanity.
Indeed, his sole mission was to thwart it.

So a contrary opinion he presented to man:
In eating of the fruit, “ye shall not surely die”.
On this lie the man feasted – his attention to the truth diverted.
In feasting, his consciousness of God’s message altered.
The indulging did trigger unbelief in him
And soon enough for the devil’s lie he fell.
And walking in disobedience, his spiritual estate he forfeited.
Never was it about a fruit (an apple) man supposedly ate.

Afterwards came God to fellowship
“Where art thou, Adam”? His voice echoed.
Perhaps you take the utterance as a question?Far from it!
That was God describing man’s present spiritual state;
Telling man what has befallen him:
“Adam, you are no longer where I intended for you to be.
Indeed, your disobedience has cost you your spiritual estate”.

So by one man’s disobedience, sin came into the world
And death by sin.
Man died but not a physical death.
Rather, his relationship with the divine was severed.
Hence a case of spiritual separation between man and God:
Man could no longer function in the class of God.

But God is merciful – he will never live man hopeless.
Right from the event of man’s fall,
His redemptive plan for him he announced:
“I will put an enmity between you and the woman…
Her seed shall bruise your seed and you will bruise his heel”.
The seed of the woman will crush the devil’s head – triumphing over him
Thereby re-establishing the severed relationship.
To realise this promise, the seed of the woman will have to die
Hence “you (the devil) will bruise his heel”.

From the onset, God made a promise: “I will”!
The requirement for man’s redemption was solely his responsibility.
It will take him and him alone to mend the broken relationship.
The death of the promised seed will end man’s spiritual death.
God will provide himself a sacrifice for man’s sin.

This purpose God did signify in making man a coat of skin.
An animal had to be killed before its skin can be used. Selah!

Hence blood spilled and life taken to make a covering for man.

Blood spilled and life taken to restore a relationship;
A temporary medium by which man can approach God,
A foreshadowing of what God will do to save mankind.
In this action, was the message of salvation initiated and preached:
For without no shedding of blood is no remission.

The patriarchs who believed on this message were counted righteous:
Abel did and sacrificed an animal, so did Noah, Abraham and Jacob.
Even the erring Israelites continued in this fashion,
Yearly bringing the sin offerings of bulls and goats.
But the yearly offerings could not deal permanently with sin.
Instead, it fostered sin consciousness in them that offered it.
It will take the sacrifice of Deity himself to put away sin: “I will”!
Hence… “a body thou hast prepared me”.

God himself is the prepared body; He’ll come to save man.
He however cannot come as the spiritual essence that he his.
Bear in mind that a body is required.
In coming, He’ll come as a man – with a spirit, soul and body.
You see, the God who came as a man is Christ.
Hence “the Word (God) was made flesh and dwelt among us”.
He is called the son of God in reference to his incarnation.
So Christ (the son of God) is God who became a man.
Selah!

The men of old spoke concerning him:
“Of the sufferings of Christ and the glory that should follow”.
Moses, Abraham, David, Isaiah, Malachi, even John.

Herein lies the reality/essence of our salvation…
His birth, sufferings, death, burial, resurrection and glorification!
The law required a sacrifice for sin; He came to fulfil the law,
Giving himself as a perfect sacrifice – once and for all!
His death, burial and resurrection was beyond the natural;
They were essentially spiritually conceived.

Of his death:
“Eloi, Eloi, lama sabachthani:
My God, My God, why have You forsaken Me?”
This utterance speaks of his death.
God has made him to be sin for us who knew no sin.
His death wasn’t in giving up the ghost.
Rather, it was in his separation from God.
A consequence of taking our sins upon himself.

Of his burial:
It was in that he descended into the lower part of the earth.
Even to the place of the dead, i.e. hell.
His burial is not the interment of his body in the cave.
Instead, it is his descent to hell to prevail upon sin.

Of his resurrection:
It was in that he overcame the power of sin and death.
Death could not hold him – Oh glory to Jesus!
“For my soul will not be left in hell;
Neither will you suffer your Holy One to see corruption”.
What is more, “I shall not die but live”
These prophetic words were his confessions in the grave.
Indeed, they are the words that revived him.
His resurrection was that he claimed victory over the power of sin.
His physical resurrection on the third day, an aftermath.

We see God in the likeness of a man
Who died as a man and rose as a man
To restore reunite mankind with God.

In his death, burial and resurrection lies deliverance.
Righteousness is birthed by faith in his redemptive work.
Not in adherence to the dictates of the law.
For Christ is the end (fulfilment) of the law.
Never can there be salvation by works;
For a man shall be declared just (only) by faith.
Even faith in Christ – His suffering and glorification.

His death is our live.
His resurrection is the essence of our faith!